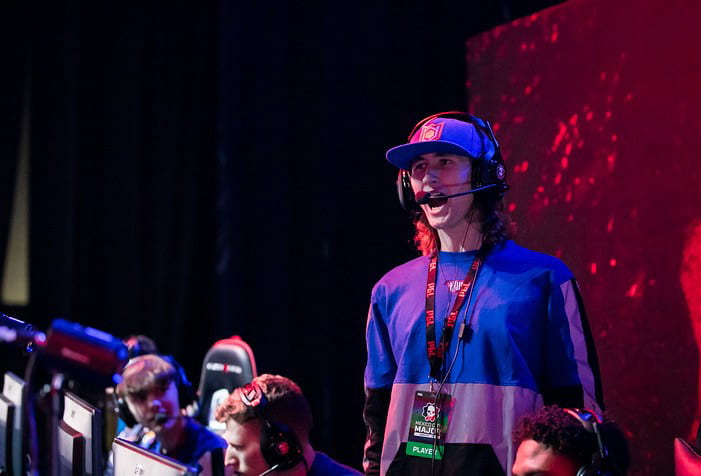 What started out as a hobby and bonding experience with his father would eventually turn into a professional career for Andrew Osborn.

Osborn, a second-year in international business, is the youngest professional esports coach for the game Gears of War at 18 years old. He is currently under contract with Hive Gaming Team as a coach and analyst and also works in the esports program at Ohio State.

Between troubleshooting computers and keeping attendance within Ohio State’s esports space, Osborn said he just wants to help those who come in to play.

“I just make sure the space functions as it’s supposed to and make sure everyone there is safe and having a good time,” Osborn said.

His work does not end at Ohio State, however. After noticing such a large demand for esports coaches, Osborn, also known as “Crazy Train,” began offering to work as a coach for free to numerous amateur level esports teams.

After gaining experience and building his reputation, Osborn secured a spot on his first professional esports team — Hydra Gaming — and would go on to make his professional debut at the Gears Esports tournament in Boston in 2019, Osborn said.

Osborn spent the remainder of the summer trying to secure a new contract before the 2019 fall release of Gears of War 5. On Sept. 24, Osborn signed with Hive as a coach and analyst.

“I’m the first coach in the professional circuit that didn’t have a professional career playing before coaching, and that’s what’s so unique about my career,” Osborn said.

In early winter of 2019, Osborn and his team traveled to San Diego to compete in his first major LAN event in which his team lost in the semifinals. The top four finish earned the team $40,000.

With a quick turn-around, Osborn entered his next major event in Mexico City just before spring break 2020.

“We placed top four again. It was there that I solidified myself and my team as one of the best teams in the world and began gaining a lot of traction in the gaming community,” Osborn said.

Currently, Osborn and his team are preparing for the first ever Gears 5 World Championship, set to take place July 31 through Aug. 2, in which the first-place prize money amounts to $100,000, according to the official Gears Esports website.

With teams from North America, South America and Europe, the world championships will take place online due to the COVID-19 pandemic.

“I generally do everything a traditional sports coach would do for my team — I’m constantly scouting new talent; I record all the video from our scrimmages which we have about twice a day; I even go over film while working on different strategies — it’s very similar,” Osborn said.

When he is not coaching or analyzing his team, Osborn aims to stream on his Twitch account “coachcrazytrain” at least three hours every day, and he said he wants to encourage more students to get involved in esports.

“The beauty about the space we’re creating at the esports center is that it’s open and inclusive to everyone,” Osborn said. “Everyone has the ability to come hang out, play video games and engage in the community.”

🐝 We had an exciting week at @codleague Champs